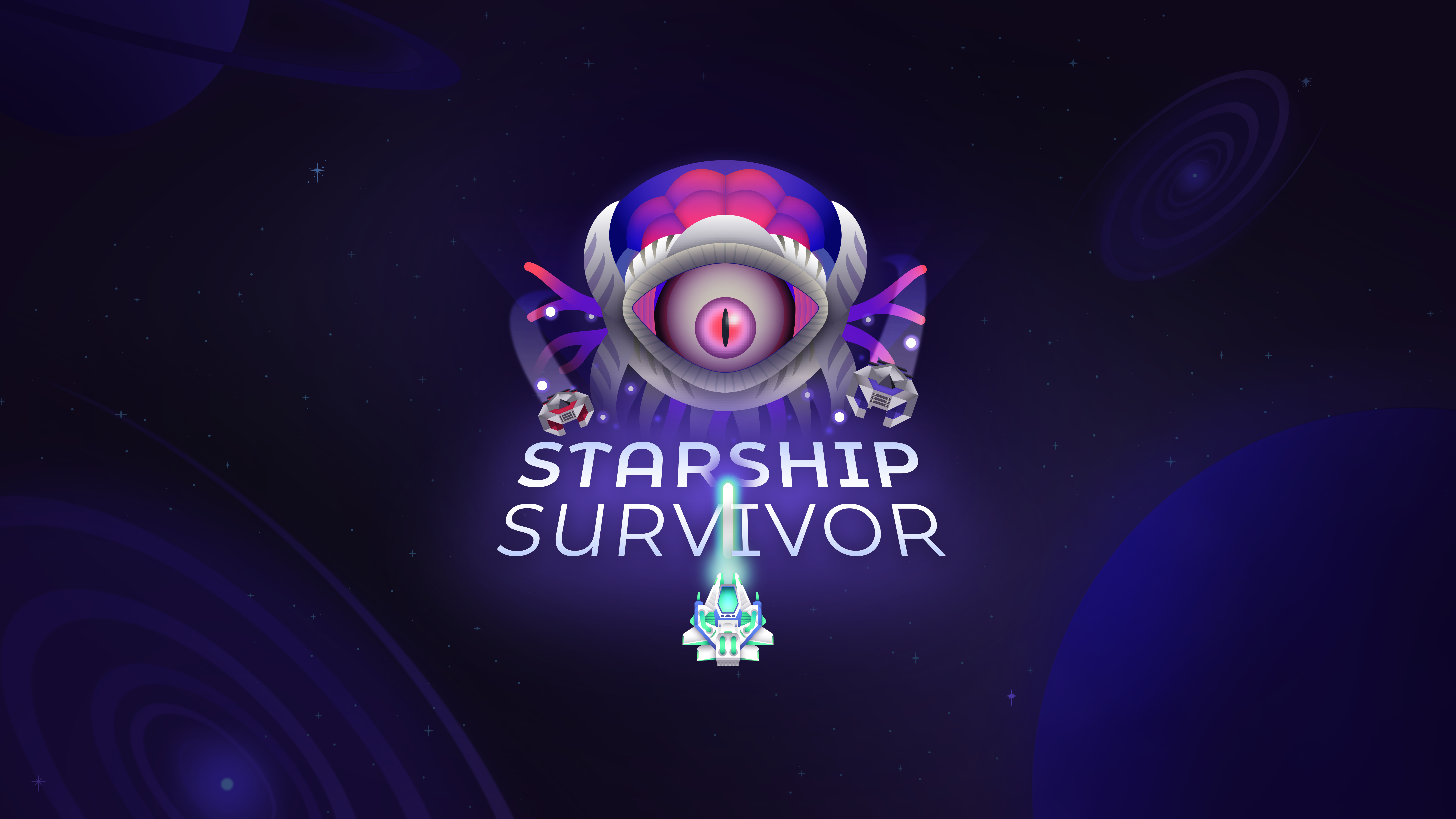 There is nowhere to hide; the only option is to charge your starship’s Jump Drive enough to escape the onslaught of dangerous monsters.

My role as Lead Artist on this project allowed me to use my experience and unbridled sense of adventure to create a whole universe in one game. 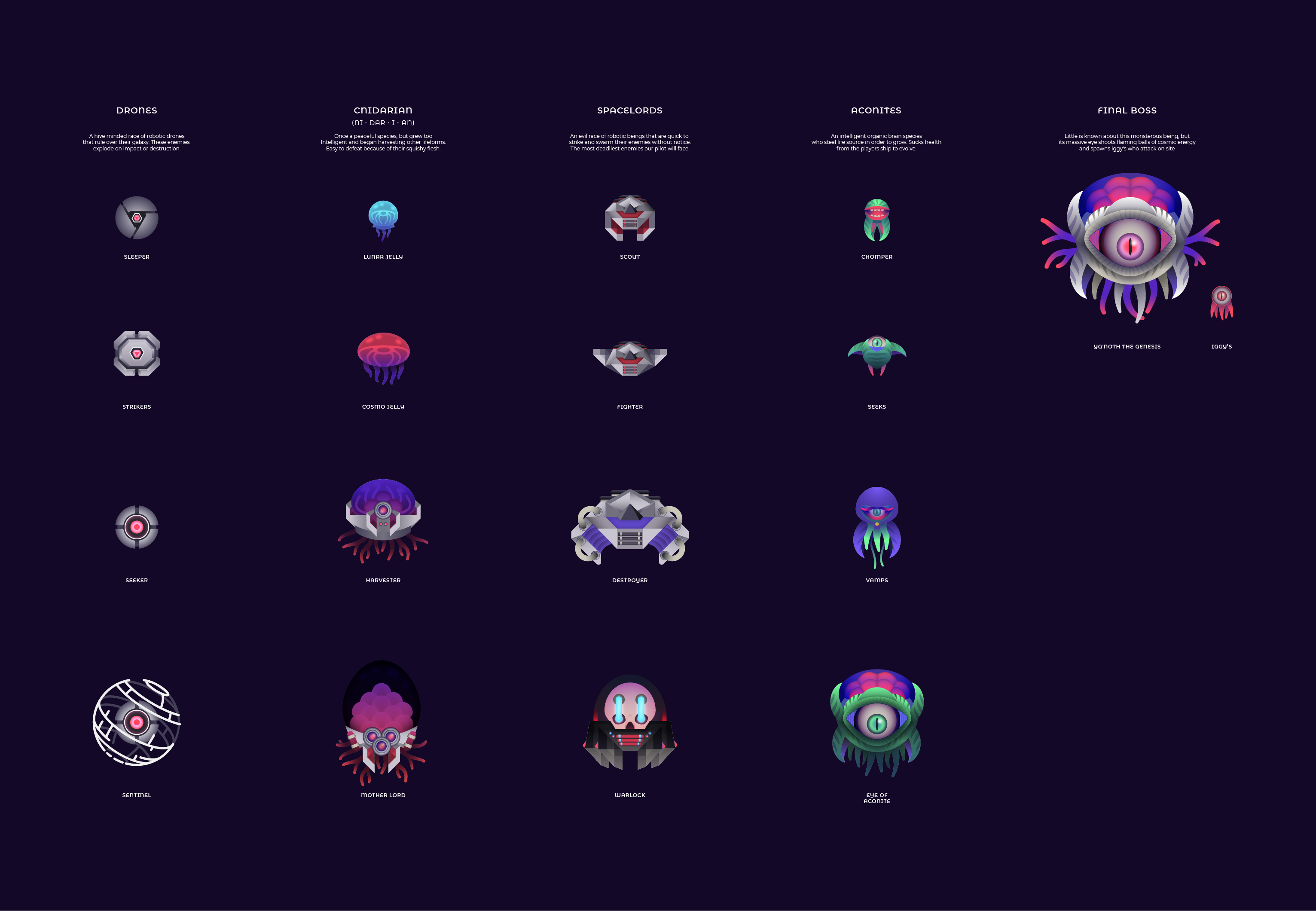 My goal for the overall look of Starship Survivor was to develop visuals that invoke an adventurous engaging story while providing players with nostalgic feeling visuals that keep them exploring deeper parts of our game.

While creating each creature for our game I made intertwined backstories to help move our story forward and make space for new stories to unfold. 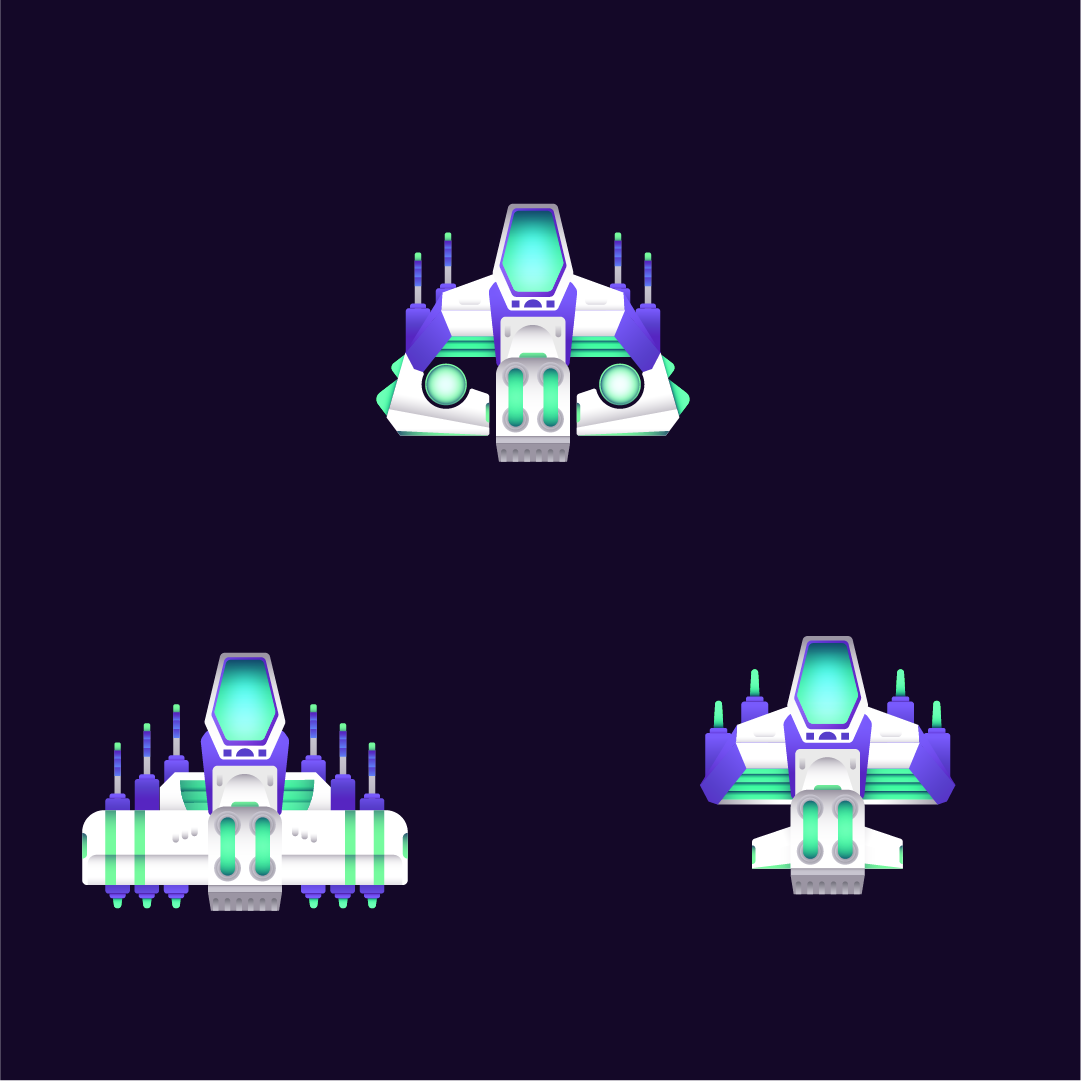 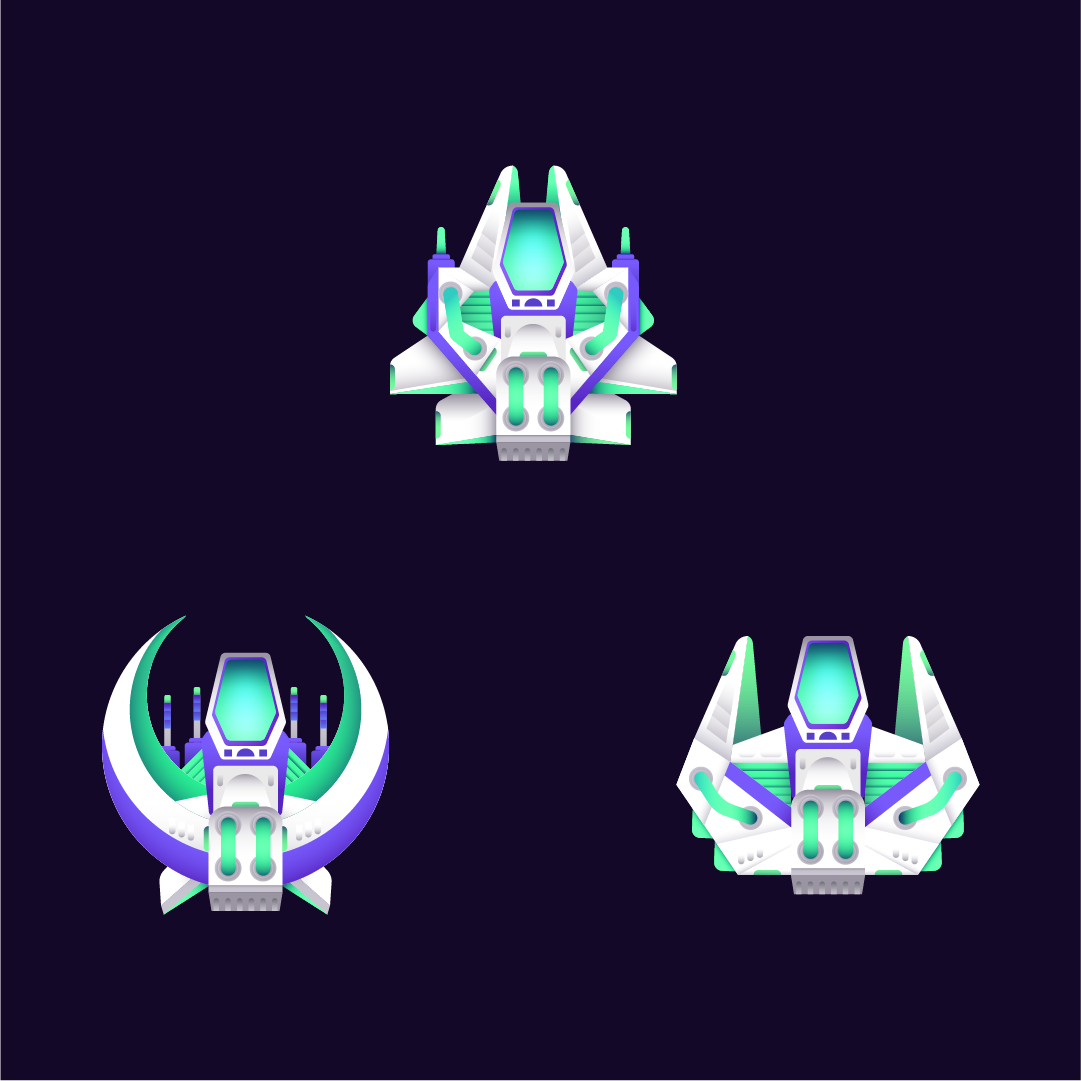 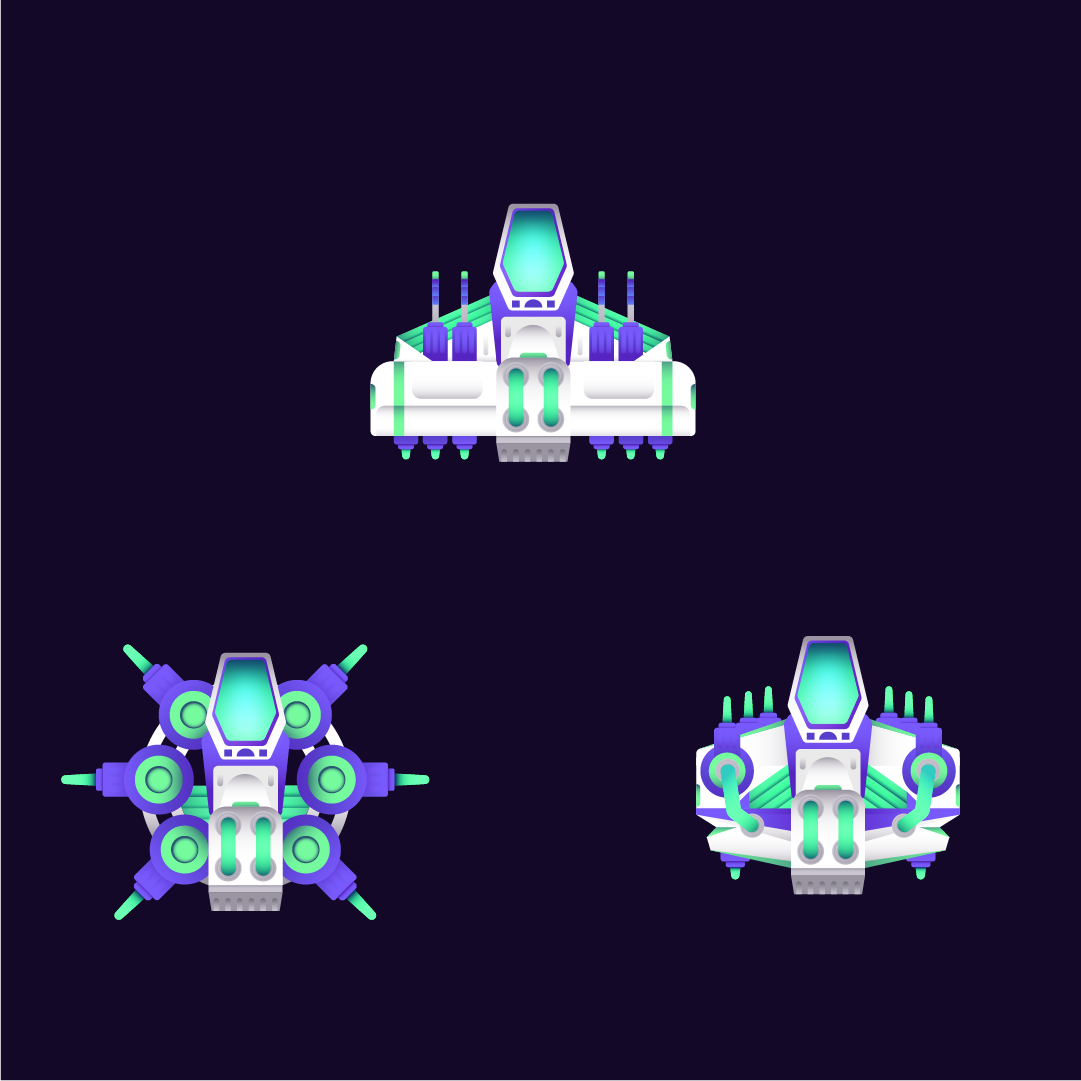 Our goal for the Starship fleet was to keep the core the same and build special wings, weapons, and thrusters that gave each ship different upgrades and abilities.

A Place to Rest & Upgrade

The Starship hangar was created as a place for players to quickly learn about new and completed mission objectives, while also being able to upgrade their ships using coins collected along the way.

We wanted the time between sessions to be quick to get players back in the action!

Over 1,000 new and unique textures created.

This project took a team of 2 developers, 1 game designer, and 1 artist 4 months to launch a playable version to the world. 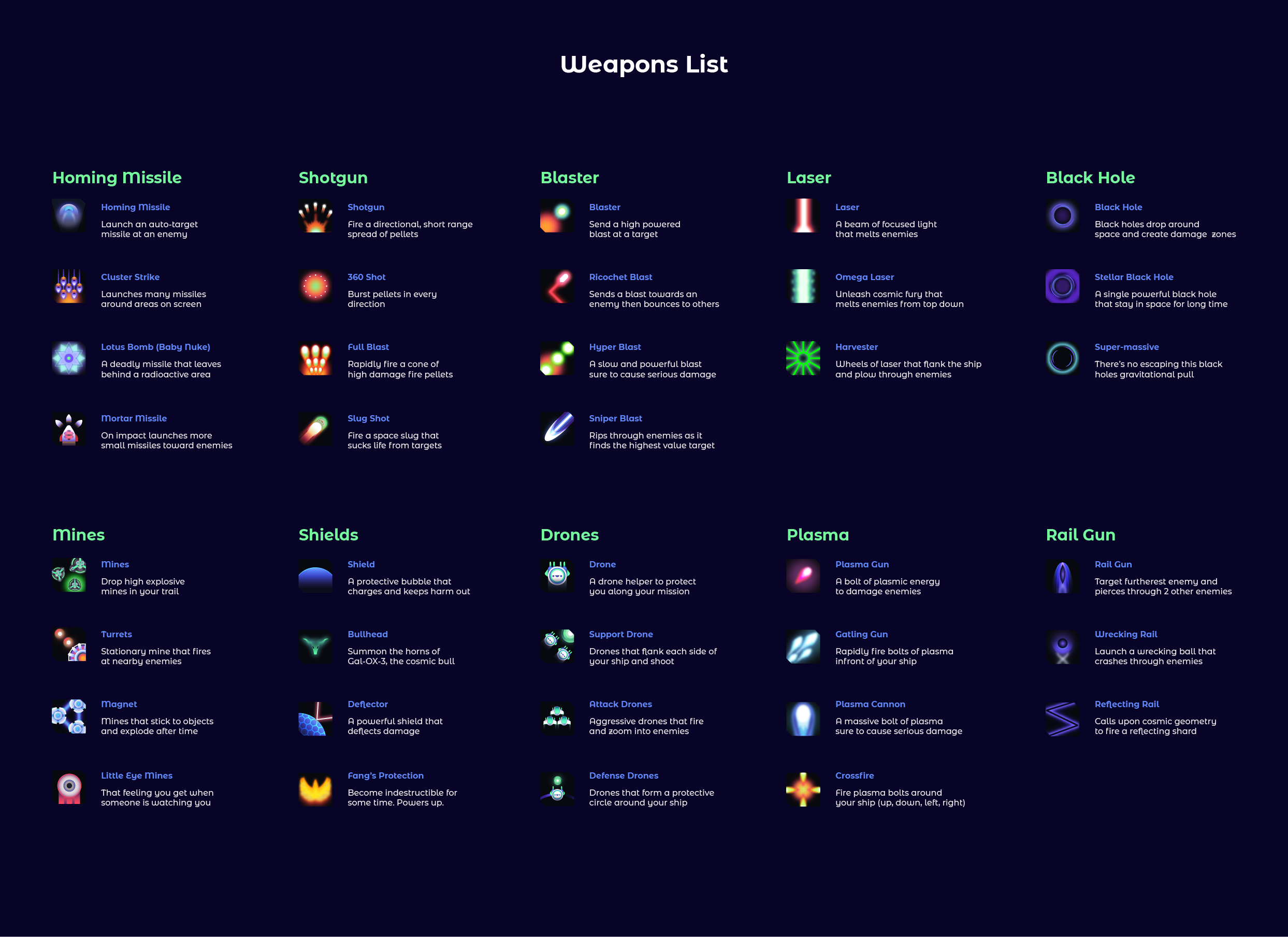 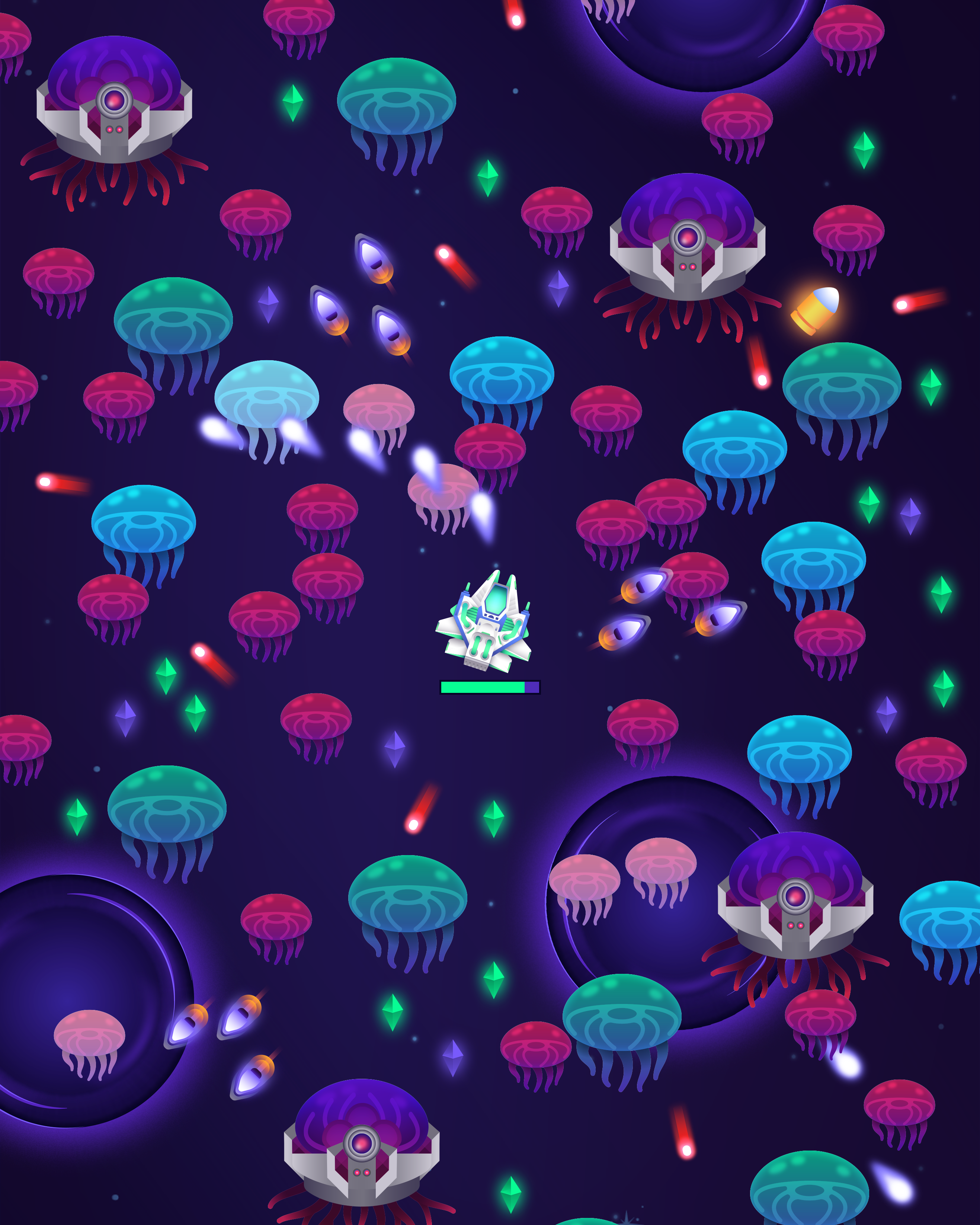 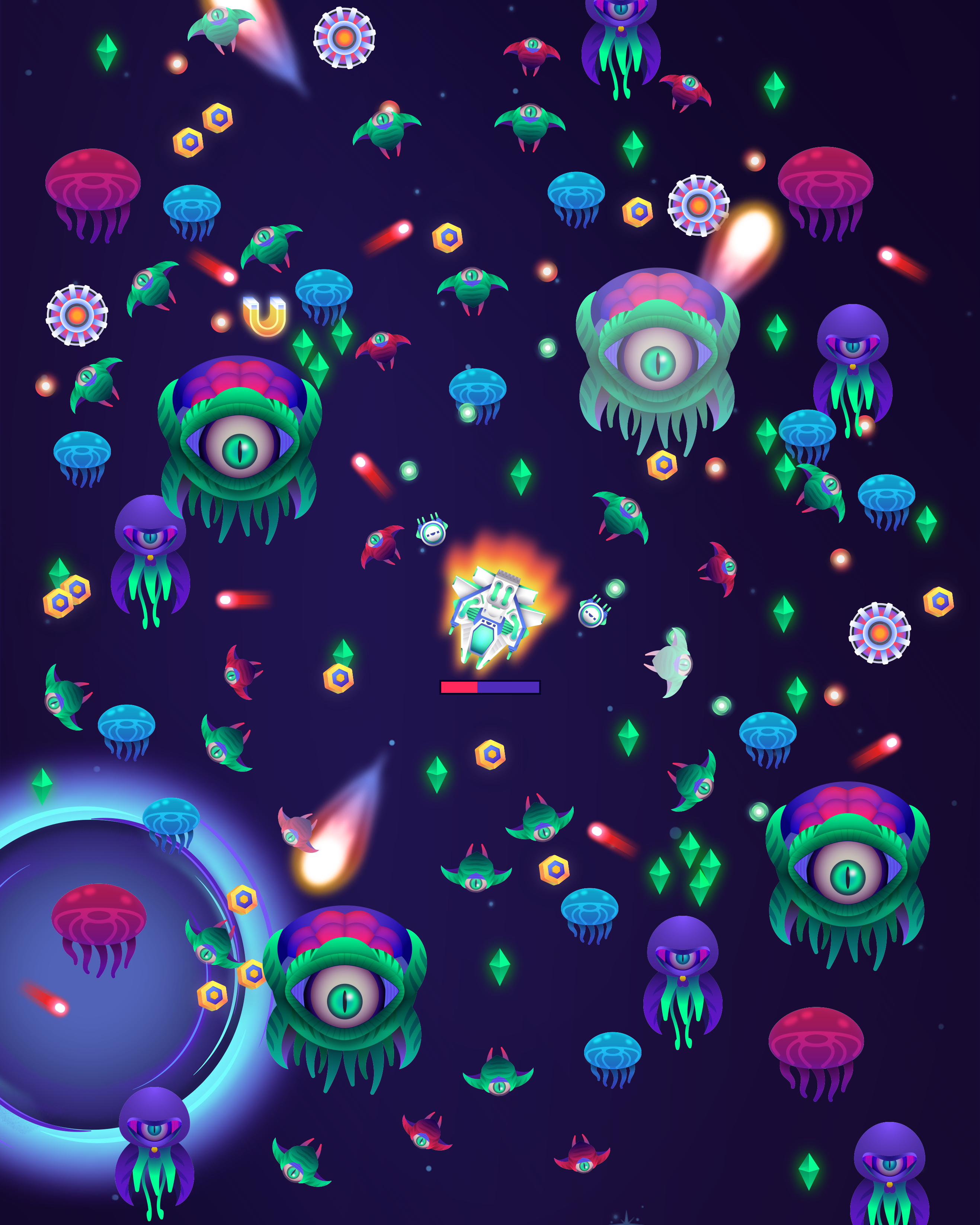 Starship Survivor launched on October 12, 2022, in Australia and Canada for iOS devices. For Brainium, this type of game was the first of its kind, so when creating each of the elements I knew I wanted to push the boundaires of what Brainium had done in the past, while still creating pixel-perfect designs that could live next to the other games in their portfolio.

The worldwide launch is planned for February 2023, which will include many new features such as; more missions, permanent upgrades, ships, while also including some updates and much more! Keep a look out for it on the Apple App Store or download it today if you live in the country it's released.

I came up with a whole backstory and lore for this game. This part of the process helped me visualize the worlds each character came from and what they would look like. I felt it was necessary so players would better understand what they were fighting for. If you'd like to know more please contact me and I'd be happy to share. 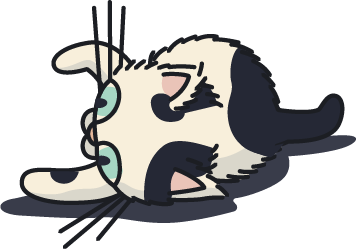 Based in Portland, I work with brands to bring their products and stories to the web through meaningful interactions. Currently, I'm building brands at WLCR.